RARe investigates the roofscape as a new public and cultural space for and by local residents. This edition, dis/connect, RARe builds sustainable connections between entrepreneurs, municipal authorities, the neighborhood and cultural sector.

On August 11, RARe dis/connect will be festively opened on four roofs. There is also a bicycle tour, organized by RESOCIALIZE in collaboration with HOBU.

The district is in full swing: until 2040 no less than 40,000 homes and thousands of square meters of stores, offices and restaurants will be added. Many existing buildings will be demolished or renovated and house prices are soaring.

Central questions of the exhibit are: who creates the special vibe of Southeast? How can we ensure that existing residents of Southeast benefit most from the changes? 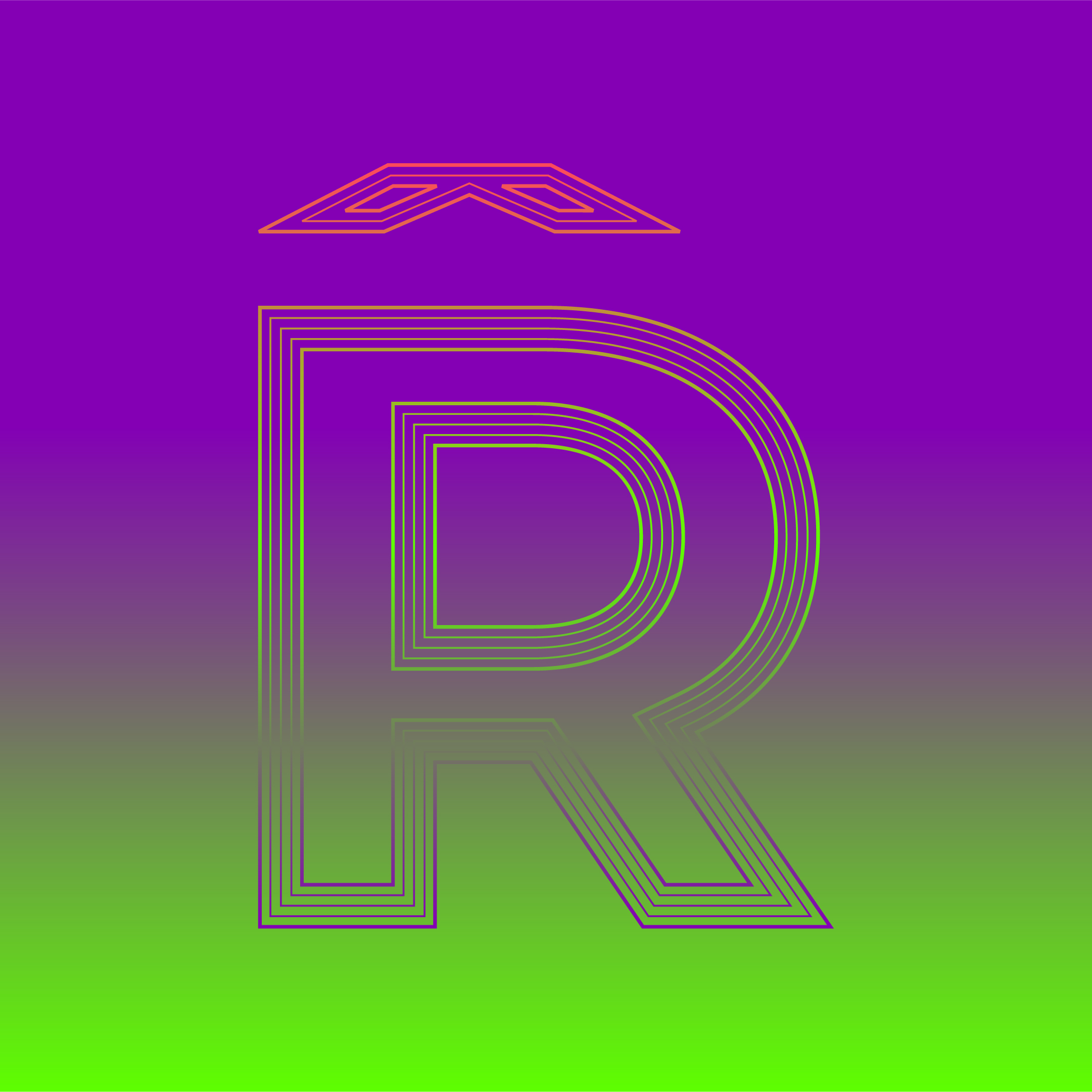 The first roof is the parking deck of Garage Reigersbos. Here unused space is transformed by artist Wes Mapes to create a new meeting space. Second, a collage of the inside of the flat appears on the facade of Gravestein, with spoken word by Shaneegua Flechsig and visual work by Chimira Obiefule. The third is an artistic game about metropolitan change, developed by Jamahl Richters for the Amsterdamse Poort. Joley Groeizaam is making a film on the roof of the iconic Zandkasteel about a young boy’s dream of coming into contact with Electro. Finally, Marcel van den Berg uses house music and the old club culture of the city as a connection between Our Domain and the neighborhood.

IN COLLABORATION WITH THE CITY OF AMSTERDAM

FROM EMPTY TO LIVELY: THE PERFECT LOCATION?

The Reigersbos parking is an icon: a dilapidated parking garage whose top deck is often empty. An eyesore for many local residents, but at the same time an opportunity for a unique meeting place for the neighborhood. This summer, artist Wes Mapes is using the location as a canvas. A emporarily installed greenhouse will be his studio, from June 30 to August 28. The space will also be available for the neighborhood and artists from the surrounding area. The garage will become better looking and function as a beating heart for the neighborhood. 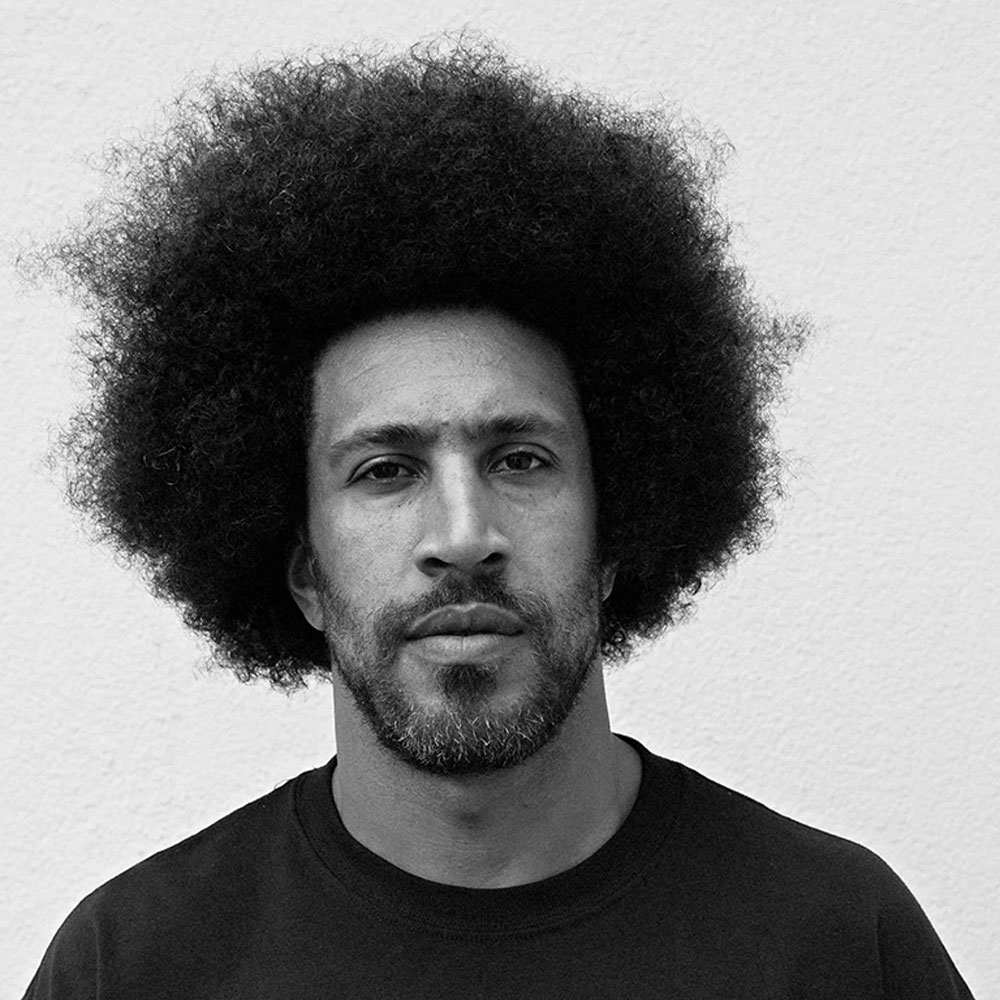 Wes Mapes (Sandberg Institute) is a mixed-media artist, originally American. His work is multidisciplinary – sculptures, installations, paintings, music, fabric and textiles – and tells the story of his Pan-African identity. He likes to work in the midst of the community and is inspired by new networks and perspectives that emerge.

The artwork will grow organically; Wes will host friends, local artists, youth from the neighborhood, and ambassadors working on their own artistic project. Also, two artists from Barcelona and Gothenburg (from the ROEF x ECRN network) will reside on this roof. Of course, local residents and enthusiastic amateurs are also welcome to expand.

IN COLLABORATION WITH ROCHDALE AND THE CITY OF AMSTERDAM

A FACADE FULL OF COLLAGE AND POETRY

Artist Chimira Obiefule and spoken word artist Shaneegua Flechsig translate the sense of home and community into a two-dimensional facade artwork. The facade of Gravestein is transformed into a visual collage combined with spoken word. Gravestein is one of the last original honeycomb-shaped flats standing in the Bijlmer since its birth in 1966.

Chimira and Shaneegua interviewed residents of Gravestein and Geldershoofd as the basis of their work. With this artwork they want to make the shared history, memories and stories tangible and give this a place on the facade. In this way, the identity of the neighborhood will be preserved, in spite of future changes.

Read more about the opening of the artwork on August 20.

Chimira Obiefule’s (Sandberg Institute) work is urgent, topical and melancholic. In her collages, often based on photographs, historical associations blend effortlessly with reference to youth culture. By connecting eras, she comments on the present and documents the changing city. She works often with the concept of blackness. The African Diaspora and the many different visions of community are addressed in the work. The artwork brings out the inner world – the feeling of home and life in the apartment.

Shaneegua Flechsig’s poetry is very personal and topical. She is able to translate observations from the neighborhood into beautiful texts. Shaneegua has previously done residencies at The Black Archives and OSCAM and will soon have a view of Gravestein’s work from her house.

IN COLLABORATION WITH CBRE, YMERE AND THE CITY OF AMSTERDAM

MEETING ON THE ROOF: SPORT, PLAY AND FUN

Jamahl Richters grew up in the Amsterdamse Poort and knows what it’s like to hang out and play here. The Amsterdamse Poort is the heart of Zuidoost and is known for its multicultural vibe. Unfortunately the Amsterdamse Poort has been struggling in recent years with store vacancy. As a resultthere are fewer places where different people come together and meet. With knowledge of the challenges and dynamics of the location, Jamahl designed a mobile playfull artwork.

The Center is a combination of sports and games, but also of teamwork and strategy. A game that can be played by young and old. A temporary attraction where you can network, come together and have fun. The stand is a beautiful and pleasant place in the center of Southeast, where you can watch the game and the sunset.

Jamahl Richters is an autonomous maker in furniture making and design. In innovative ways, his past, his community and everyday reality come together in his work. The community is always present in his work.

COMMENTING ON THE HOUSE SCENE

Ever since the 80’s Amsterdam has been a hotspot for house music, attracting partygoers from all over the world. Artist Marcel van den Berg grew during this time and was a regular at the golden oldie Mazzoy. For him, his sense of home is linked to this subculture. However, he has come to the conclusion that this immaterial heritage – this raw underground culture – has been gentrified into ADE and other (expensive) festivals where a lot of money is made. This work reflects on these changes. 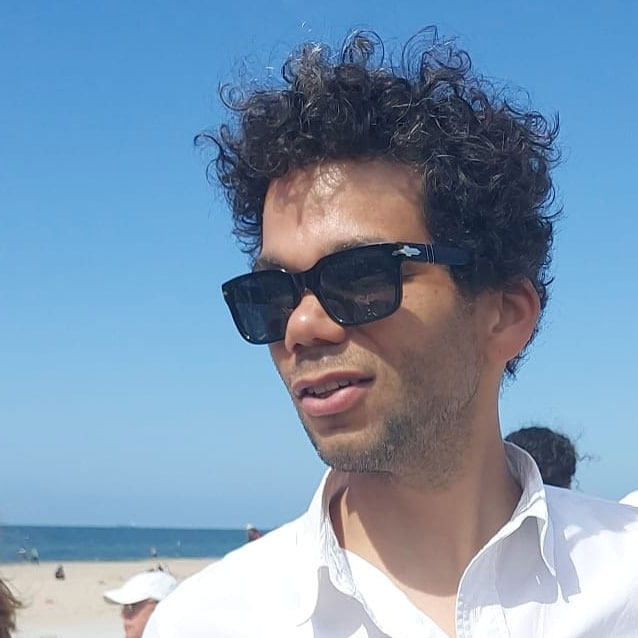 The artistic practice of Marcel van den Berg (Rijksakademie, Willem de Kooning Academy) is raw, associative, physical, layered and profound. It touches on abstract expressionism, graffiti and street culture. His work contains influences from all kinds of music and he plays a lot with black identity and language. Because of his Antillean-Dutch origin he gives space to the social reality of minority groups. His work breathes the identity and aesthetics of the Bijlmer. He has previously exhibited at the Van Abbemuseum in Eindhoven, among other places.

Het Zandkasteel is a striking building in the Amsterdamse Poort shopping center, formerly home to the ING headquarters, and an icon of architectural history. It is now being redeveloped into an open and dynamic living/working area. Joley Groeizaam developed the film Electro Rave especially for this location. The exuberant energy of the Bijlmer, will flow through the vacant Zandkasteel. In the film, a curious young man from the Bijlmer steps into the building. He is mysteriously carried away by the energy of the dance style electro up to the roof of the building.

“For me, Amsterdam Zuidoost is a safe place where I have lived all my life. A community of different ethnicities going through the same struggle. In the Bijlmer you will always find good energy, an energy that is also contained in the dance style electro.” – Joley Groeizaam

Joley Groeizaam graduated from the urban dance academy in Utrecht in 2020. Since then he has been gaining a lot of experience in creating theater and videos, organizing events, performing and teaching. With Electro Rave he shares his love and passion for dance with the world. Joley works with abstract, expressive movements and he developed his own unique style inspired by glowsticking, locking, waacking, voguing, hip hop and more. He also plays with makeup and styling in this work.

For the production of this film he collaborated with Electro NL, a collective consisting of Jeffrey Loewenicht, Megan Jane Simons, Simone Salerno and Joley Groeizaam himself.

RARe is an initiative of ROEF Amsterdam and was realized in collaboration with curators Tracian Meikle, Shammah Brempong and Claudio Ritfeld, and with co-initiator/advisor Cecile Wentges. The artists involved live and/or work in the area or have strong ties to Amsterdam Zuidoost. Residents and entrepreneurs from Zuidoost are involved in the creation and execution of the various artworks.

The artworks of RARe dis/connect have been developed in collaboration with the following organizations: Municipality of Amsterdam, Rochdale, CBRE, Ymere, Wonam, Zadelhoff, Our Domain and HOBU.

RARe dis/connect was made possible by the generous support of the municipality of Amsterdam – Stadsdeel Zuidoost, Integral Social Initiative, the Amsterdam Fund for the Arts, Stichting Stokroos and Creative Europe Program (ECRN).

No major events with associated noise and alcohol sales will take place on the rooftops. However, there is room to celebrate a neighborhood party or birthday, set up your own project, offer workshops and more. The art projects are free to visit and the new public space on the roof is open to all.